Written by:hhitchPosted on:October 17, 2018
Video Marketing… we all know it’s extremely powerful.And it’s a vital part of today’s marketing toolbox. The bottom line is – you want to get content out and ranked
and in front of as many eyeballs as possible, as quickly as possible. Because in today’s game, it’s all about getting people’s attention with video and converting your viewer either by the message in the video or the links and text that you post with the videos.

If you’re the kind of marketer that has a lot of video software to make different kinds of videos (like I do) then you probably have the same problem I used to have. Last year alone I think there were at least ten new video creator softwares launched – I’m sure you picked up at least one, if not several.
(If you don’t have any video tools at all – stay tuned because I have a treat for you!)
They’re always coming out with awesome new tools to help you make better and better videos.You know, those tools that make talking avatar videos, animated explainer videos, videos from websites – not to mention the pro video tools like Camtasia and Adobe Premiere and After Effects. Those kinds of tools which make great pro videos for marketing – I use them all the time, especially Camtasia. With so many video tools, you end up with a bunch of different software tools and files all over your computer…
You use one tool for one kind of video, and other tools for other kinds of videos – sometimes it’s hard to stay organized, to say the least. And then there are also some great video tools that store your videos in the cloud – but you have to log into that particular software just to get to your video. Of course you can download your videos from the cloud-based software as well — but then you end up like I said before — with a bunch of files and videos all over your computer —  and you still have to figure out how to organize everything, not to mention getting them uploaded and shared to your audience.
So you can end up doing a lot of running and quitting different software and loggging into a lot of different websites just to get to all your videos. And depending on what kind of software it is, your machine probably spent a bunch of time rendering the videos which kind of made it hard for you to do other things during that time then after you create one cool video, you can upload it once – but you can’t upload the same video again to Youtube or Vimeo.
So your video stays on your hard drive collecting dust and you might even forget about it after you post it once. All that work for just one use AND taking up bandwidth and disk space on your computer. So if you’re like me and this story sounds like yourself right now – read on! because I have an awesome solution for you.
The Fact Is – I started Building Video Tools back in 2012. in fact I released the first cloud-based video tool ever in this market back in 2015 – which I sold as a video creation tool, which is just what it was. And it’s still running today. I’ve put out video curation tools, video playback software and video creation tools and they’re all still running well and available. I’ve been a pioneer in this space, along with a few others.
But over the last 4 or 5 years I’ve learned that there are so many bright new people releasing new video creator tools — I decided to focus on solving some of the problems of video marketing in general, rather than competing to make the newest and greatest psychedelic video creation software. While everyone else has been busy pushing out fancy video creator tools, I’ve in fact built an entire system for managing all your videos in some surprisingly beneficial ways — so you can focus more on marketing and not so much on creating the videos.
which in turn results in a better bottom line and more money in your pocket — because you can just focus on promoting stuff rather than always having to wrestle with some newfangled tool.I mean… I know it’s fun to play with all the bright and shiny objects… but at some point, you have to take control and just do what’s important – and that means getting your marketing message out quickly and getting attention to it so you can get sales, opt-ins, traffic or whatever you’re trying to do with your video marketing.
I’ve taken all the knowledge I’ve gained from my 6 years in this marketplace, and have applied that and a bunch of new ideas to a comprehensive, all-inclusive video marketing platform — An easy, simple and fast way to get videos – ANY video – published, shared and indexed QUICK and available for re-use and remixing and re-sharing in just a few clicks — Integrated with a video creation platform that makes it easy to make new videos from scratch in just a few clicks, or remix your existing videos with new intros and outros, text overlays and other goodies – super easy and push them out quickly AND get them indexed quickly.
For more information, please check out my TapVIDz website. 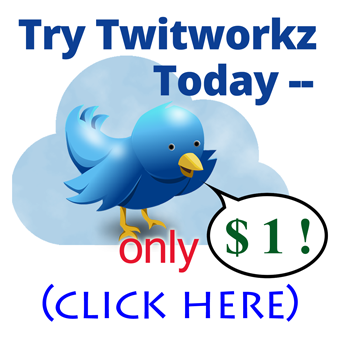